The Missouri Aviation Historical Society held their June meeting on Thursday, June 16th at 7:00 P.M. The meeting featured special guest Kurt Frisz, who spent 25 years in the Air Support Unit of St. Louis County. With over 5,000 combined flying hours in both helicopter and fixed wing, Frisz helped shape local airborne law enforcement. The presentation included an in-depth look on how Metro Air Patrol was established, details on past cases, and an analysis of day-to-day operations.

The meeting also gave MOAVHIST their first ever static display, as a Metro Helicopter flew into Creve Coeur Airport during sunset. Guided tours were offered to all attendee’s. The society would like to thank Kurt Frisz and the Metro crew for showcasing this unique aspect of Missouri aviation.

View video of the arrival. 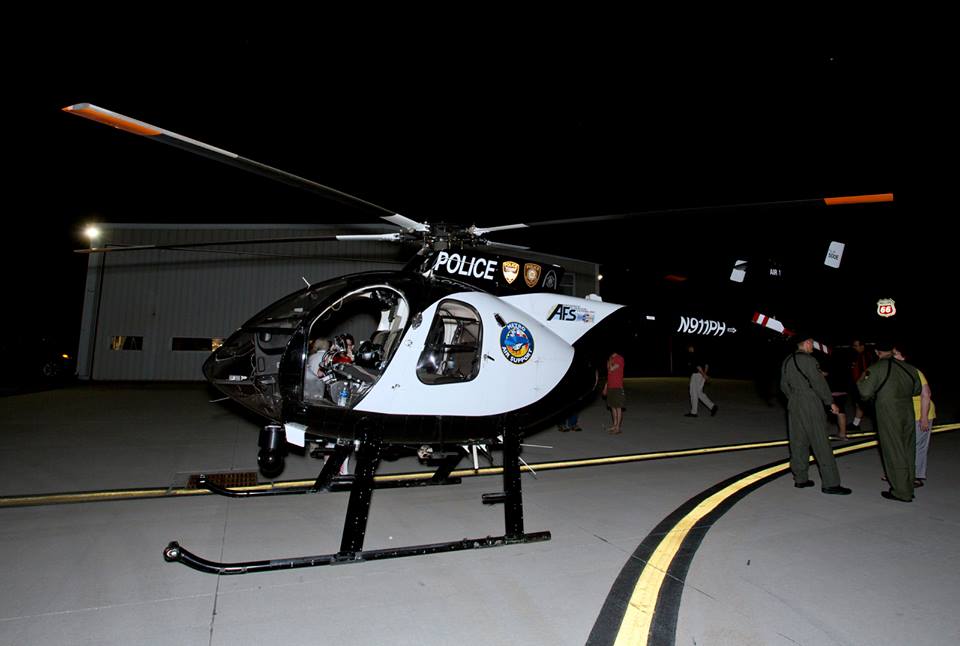 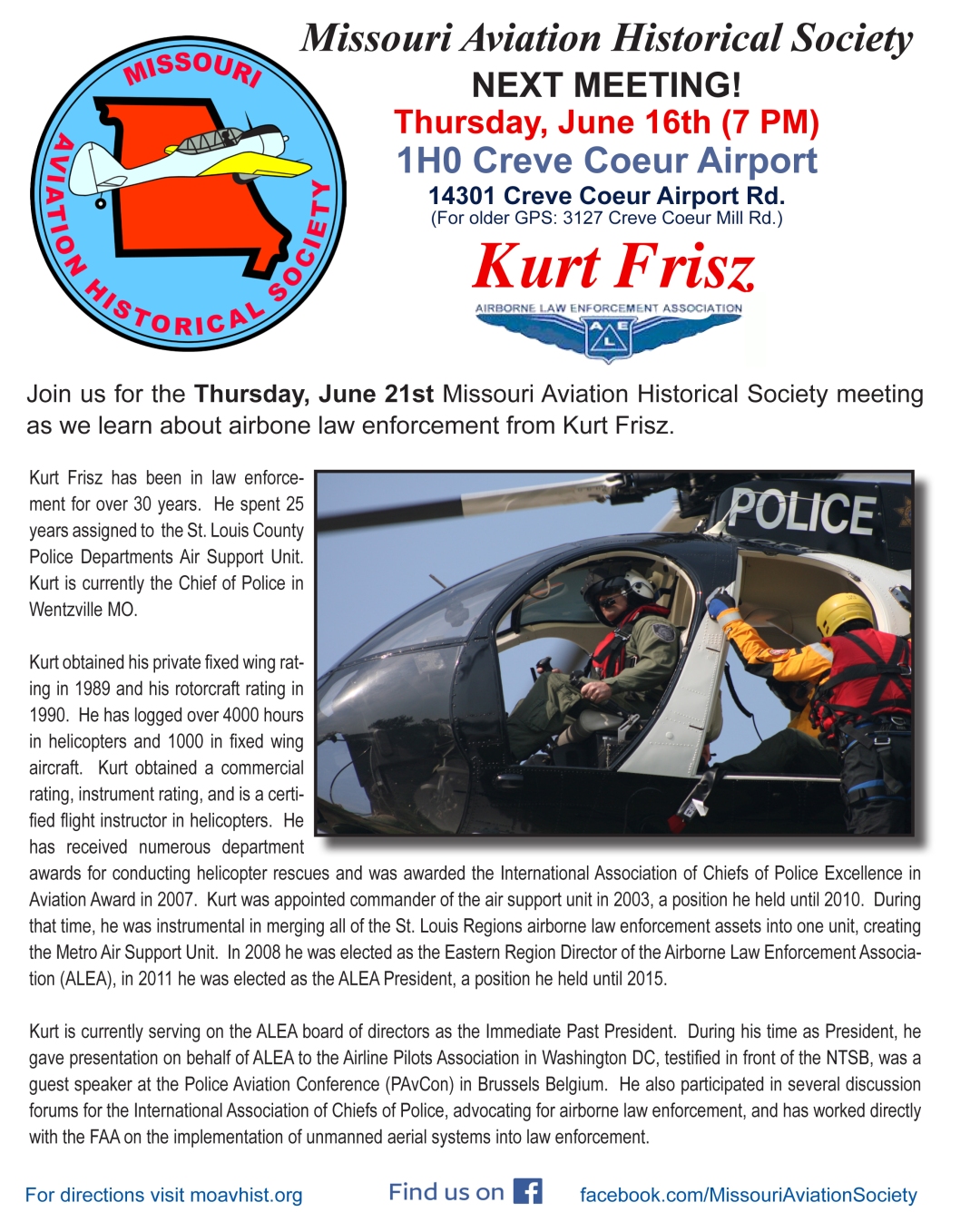